Are Solar Panels Worth It? 5 Things to Consider Before Investing in Solar 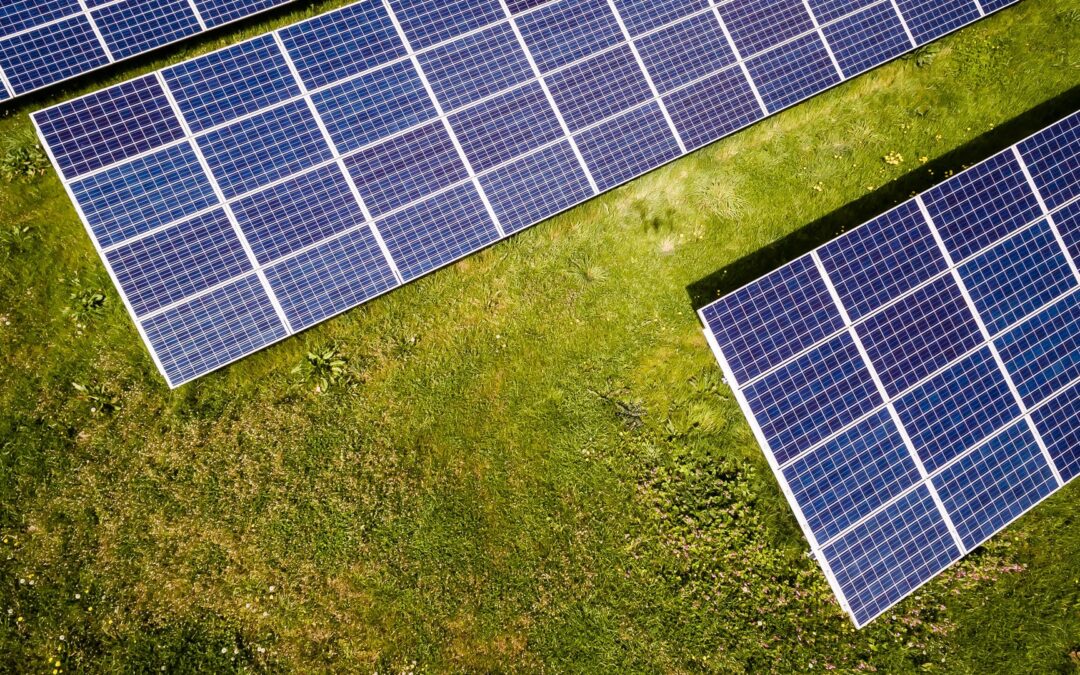 You may have noticed that some people have decided to put solar panels on the roof of their homes. These homeowners have decided that the long-term benefits of solar are worth the high initial investment. But solar panels may not be the right investment for everyone—here are a few things to consider before scheduling a solar installation.

Are Solar Panels Worth It? 5 Things to Consider

Solar power harnesses sunlight to generate electricity. While some forms of energy can only be found in certain places, sunlight is available almost everywhere. A consumer looking at their electricity bill may sometimes wonder what it would be like if they could eliminate the electricity cost from their spending. They may, in fact, be able to score some serious solar savings with solar electricity.

How Do Solar Panels Work?

Solar panels work by absorbing solar energy into photovoltaic cells (also called PV cells for short). These PV cells generate an electric current that can be brought into the home, allowing the homeowner to produce their own energy instead of relying on the utility company.

Another method for turning sunlight into electric power is through concentrating solar-thermal power systems (CSP). Instead of PV cells, CSP uses mirrors to concentrate solar energy and heat water into steam, which is passed through a turbine. Incidentally, a CSP solar array requires a lot of space, and it’s mostly for commercial use, not residential.

A residential solar system is more often than not a solar PV system. Solar PV panels are manufactured for consumer purchase, and you can even buy a residential solar panel system at home improvement stores like Home Depot.

The first solar panels were created in 1883 by inventor Charles Fritts, who coated selenium with a thin layer of gold and reported that it generated a consistent current. Over the next several decades, different inventors filed patents for a variety of mechanisms for generating solar electricity. However, it wasn’t until decades later that the fossil fuel alternative of solar power was explored for widespread use, and it wasn’t until the 1990s that residential solar came into the discussion of renewable energy.

The United States offers some serious solar incentives that make solar panel installation attractive for homeowners. As mentioned, the solar panels that you see on the tops of homes are usually PV solar panels, and increasingly a specific type called monocrystalline panels. Most consumers opt to have a professional company install their solar panels, though you can technically install them yourself.

Where to Buy Solar Panels

Solar panels are made by established companies like LG and Panasonic, and dozens of smaller startups. Potential solar customers can find a solar company online and get more details about the solar energy system they offer, including the upfront cost of solar installation. The company selling this solar power system may also offer solar financing, and in some cases, if a solar loan or solar lease is used for the panels, the company will cover the installation costs and any potential routine maintenance.

Are Solar Panels Worth It? 5 Things to Consider

Between the energy savings and government incentives, installing solar panels can be a very worthwhile investment. It all depends on your home and financial situation, though. Consider these five things as you decide whether to invest in a solar energy system.

1. Length of Time You’ll Live in the Home

Solar panels are expensive to purchase and install. To give you a sense of the cost, according to certain estimates a 6kw solar panel system for a 1,500 square foot house can cost around $18,840 to install. That said, you don’t have to buy your own solar panels. Many companies will rent them out for anywhere between $50-$250 per month, or offer other solar financing arrangements.

Comparing those numbers and assuming the maximum (average) monthly cost is applicable, purchasing solar panels only makes sense if you’re going to be in your home for more than six years.

Of course, if you install the solar panels yourself, you can save thousands of dollars in the process, but installing solar panels is not a simple process. More likely than not, if you’re not a trained electrician and/or contractor, you’ll need to have them professionally installed.

We’ve already touched on this in the previous section, but it bears repeating—solar panels are a serious investment. To better understand, let’s compare installing solar panels to other common home improvements:

As you can see, installing solar panels is a serious investment. But the difference between solar panels and these other improvements is that while all these improvements can increase your home value, solar panels give you an additional return of saving money on your energy bill and qualifying for tax breaks.

Whether you are paying up front for the solar installation or obtaining solar financing may change the total cost and monthly cost for you, so that’s another factor to consider as well. 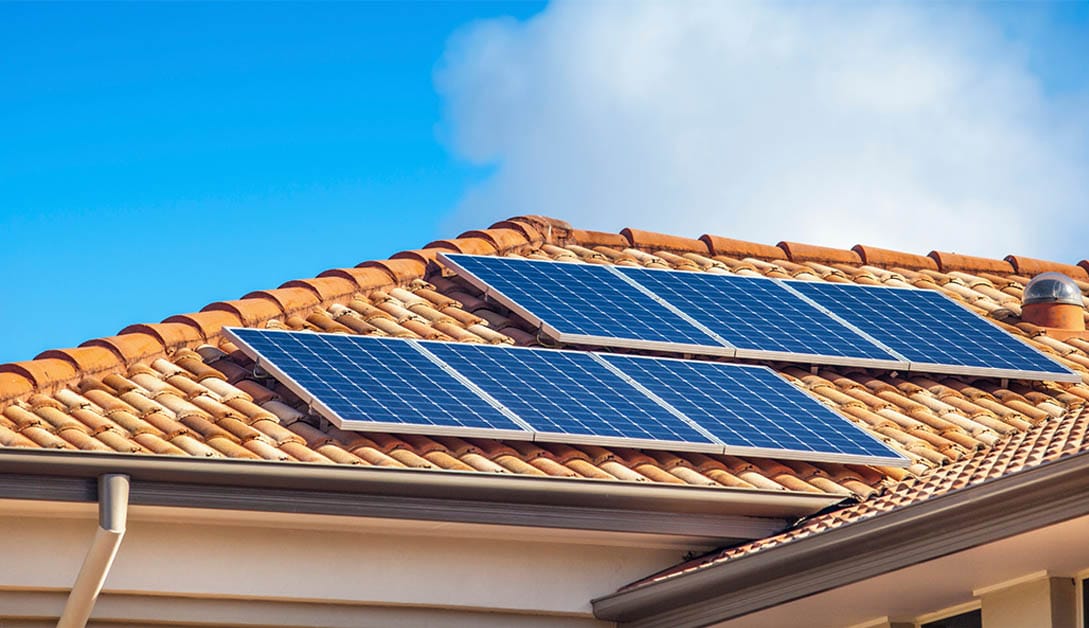 The exact amount of money you save on your energy bill depends on where your home is located. And by location, we don’t just mean zip code—we mean the exact location. The position of your home and the location of nearby trees (or lack thereof) can impact how much solar energy you’re able to generate, sometimes creating drastic differences between homes that are just lots apart.

If you want to know how much you can save, you can type your address into Project Sunroof (a Google initiative) to get an estimated savings over 20 years. You might be somewhat disappointed by the number you find once you subtract it from the cost of installing solar panels. But keep in mind that solar panels will typically last for 25 years, and the first ten years typically involve breaking even based on energy savings and initial installation costs—but for the 15 years after that, you may be looking at free energy.

In fact, some solar panel owners can generate enough electricity to sell back to the utility company through a process known as net metering.

Looking for additional ways to save and generate money? Download the first chapter of Infinity Investing today! It’s a great opportunity to learn how to make your money work for you through investing.

Some of the real savings from solar panels come from tax breaks. For instance, the Federal Solar Tax Credit (also called the ITC) in 2021 will take 26 percent off your installation costs.

Unfortunately, the ITC is not a refundable tax credit, so that won’t necessarily be cash back in your pocket, but it can reduce your tax burden. It can also be carried back one year and forward 20 years, which means that if you don’t have to pay any taxes this year (due to your income and all applied tax credits), you can save it for the next year.

Note that this tax break only applies if you own the solar panels—you can’t claim it if you’re renting them. As previously mentioned, the cost of installing solar in most cases is around $18,840, but the ITC brings that down to $13,188.

That also changes the question of renting versus owning solar panels because with the ITC, if you are going to stay in your home for more than four years, owning makes more sense than renting.

Our last consideration does not relate to money, but to the environment. Some people are motivated by the principles of ethical investing. Usually, this refers to buying stock in companies with a commitment to environmental stewardship or humanitarian aid, but consumers can make these kinds of ethical investments in their everyday life, too.

If reducing your carbon footprint is an important consideration in your decision, it’s important to do research on how solar panels are manufactured, because ironically some companies have a manufacturing process that have adverse effects on the environment.

What Would Make Solar Panels a Bad Investment?

As mentioned, you can type your address into Google’s Project Sunroof and see your estimated savings over 20 years based on the exact location of your home. You will need to factor that number in, along with the cost of installing solar panels and your tax credit.

Also keep in mind that if you’re not going to be in your home for several decades, your solar panels won’t really be paid off in terms of cost, and you won’t truly be enjoying free energy. Unless you have a serious commitment to alternative forms of energy, you’re better off relying on the utility company. You may even be able to contact your utility company and switch to a clean energy provider—allowing you to reduce your carbon footprint without investing in an expensive solar electricity system.

If the question of installing solar panels is about saving money and you’re not going to be in your home for a long time, you might consider looking into alternative ways to make money with the best side hustles.

Solar panels are a popular home improvement, but they don’t make sense for everyone. It often doesn’t make sense to invest in a solar system if you won’t be living in the home long term. The location of the house might also make the investment prohibitive—especially if the system can’t generate enough energy to pay for itself.

Home equity and home value is just one part of the bigger picture, though, in terms of financial health. There are other considerations, like creating a nest egg for retirement and utilizing tax breaks. If you’d like to learn more about how to maximize savings to keep more of your money, sign up for a free membership with Infinity Investing.