What is a Pump and Dump Scheme? 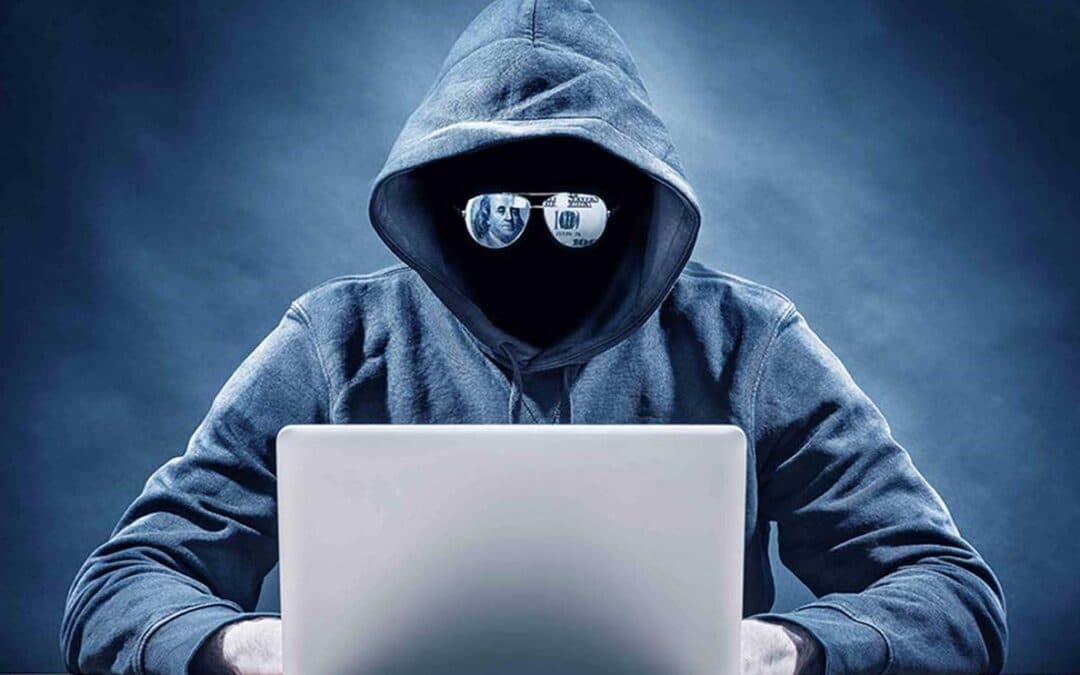 There are many types of financial fraud, one of which involves using innocent investors for price manipulation. What seems like an excellent investment opportunity to these potential investors is not actually a golden egg, but a precarious bubble—and those perpetuating the investment fraud of market manipulation are the ones who stand to gain the most.

5 Signs an Investment Might Be a Pump and Dump Scheme

There is an old folktale about a neighbor who borrowed small pieces of cutlery. When she returned them, she returned double the amount, explaining that the forks and spoons had produced offspring. It sounded a bit ridiculous, but her neighbor went along with it. One day, the woman asked for a pair of silver candlesticks. Her neighbor happily obliged, hoping they would proliferate just like the cutlery. The next day, the woman came back empty handed, explaining that the silver candlesticks had died.

As you can see, schemes that involve taking money or valuable assets from other people are as old as humanity itself. And with the advent of technology, these schemes have become even easier to carry out. Scammers will use phone calls, texts, emails, and social media to mislead the general public and manipulate their behavior into financial gain.

But not all scammers are low class highway robbers in search of gift cards or Venmo transfers. Sometimes, scammers can be found right on Wall Street.

What is a Pump and Dump?

A pump and dump scheme is when an investor or group of investors promotes a certain stock they own as a hot buy. They use exaggerated and sometimes patently false statements about the given security to generate excitement among other investors in order to get them to buy the stock. This sends the stock price soaring. Once it has risen to a satisfactory point, the investors who generated this excitement unload their shares at its new market price, raking in a sweet profit.

It’s really that simple, although the particulars can be a little more complicated.

5 Signs an Investment Might Be a Pump and Dump Scheme

1. Everybody is Talking About It

With the advent of social media, pump and dump scammers have a new way to broadcast their message. Are you on a Facebook group with fellow investors or a Reddit forum like r/wallstreetbets where investors are tossing about Wallstreetbets Slang to excitedly gush about a company you’ve never heard of before? This might be a sign of a pump and dump. Of course, there are going to be plenty of times that investors, both professional and amateur, talk with excitement about a given stock, and that excitement may very well be merited. But if this excitement is around a penny stock or security that seems out of the blue, take heed.

Avoid the superficial hype and join our Weekly Stock Trading Room for data-backed stocks that are actually worth adding to your portfolio.

Email is another weapon in the arsenal of pump and dump schemers. If you’re getting an email from someone you’ve never heard of promoting a particular stock as a must buy and/or offering hot tips on the next big investment, be wary.

Sometimes it’s easy to tell that an email is from a scammer. If the email address doesn’t match up with the name or contains lots of random letters and numbers, the email is probably spurious. If the email is poorly formatted or contains lots of grammatical errors, that’s also a red flag. Unfortunately, though, a pump and dump email could come from a perfectly polished investor who knows how to make their unsolicited tip look professional. You may even get the email forwarded to you by someone you know, which may initially distract you from the fact that the person sending the stock tip is someone neither of you know.

In the olden days (before email) pump and dump scammers would typically use the phone to quickly generate excitement. But even with the advent of email, cold calling still happens, especially now that there are tools that can generate fake numbers. One particularly insidious method is to leave a voicemail that sounds like it was accidentally delivered to the wrong number, providing “inside information” to an unsuspecting party, who may in turn attempt to capitalize on the (false) information.

If the price of a certain stock is skyrocketing, say hundreds of percentage points in a day or week, this is likely a pump and dump scheme. If it’s lasting longer than that, there might be something else going on, because pump and dump schemes need to be quick, otherwise the SEC or FINRA might start getting suspicious.

Skyrocketing prices can seem exciting, and sweep up other investors who were not even initiated into the scam with a call or email. They just see that prices are going up and jump on the bandwagon. This snowball effect is part of the dark beauty of a pump and dump scheme; it easily attracts investors who do not understand the difference between gambling vs investing.

Trading volume is an indicator of how many stock shares are being exchanged that day. A higher volume means that there is lots of activity around that particular security, which means people are buying and/or selling it for some reason. If a spike in volume is not accompanied by other statistical indicators showing a reason for the sudden increase, this could be a red flag.

There’s nothing abnormal about trading volumes fluctuating. However, if the trading volume for a low-priced security has remained very consistent over time and it suddenly takes off, this could be (in conjunction with other red flags) a sign that it’s a dumping scheme. 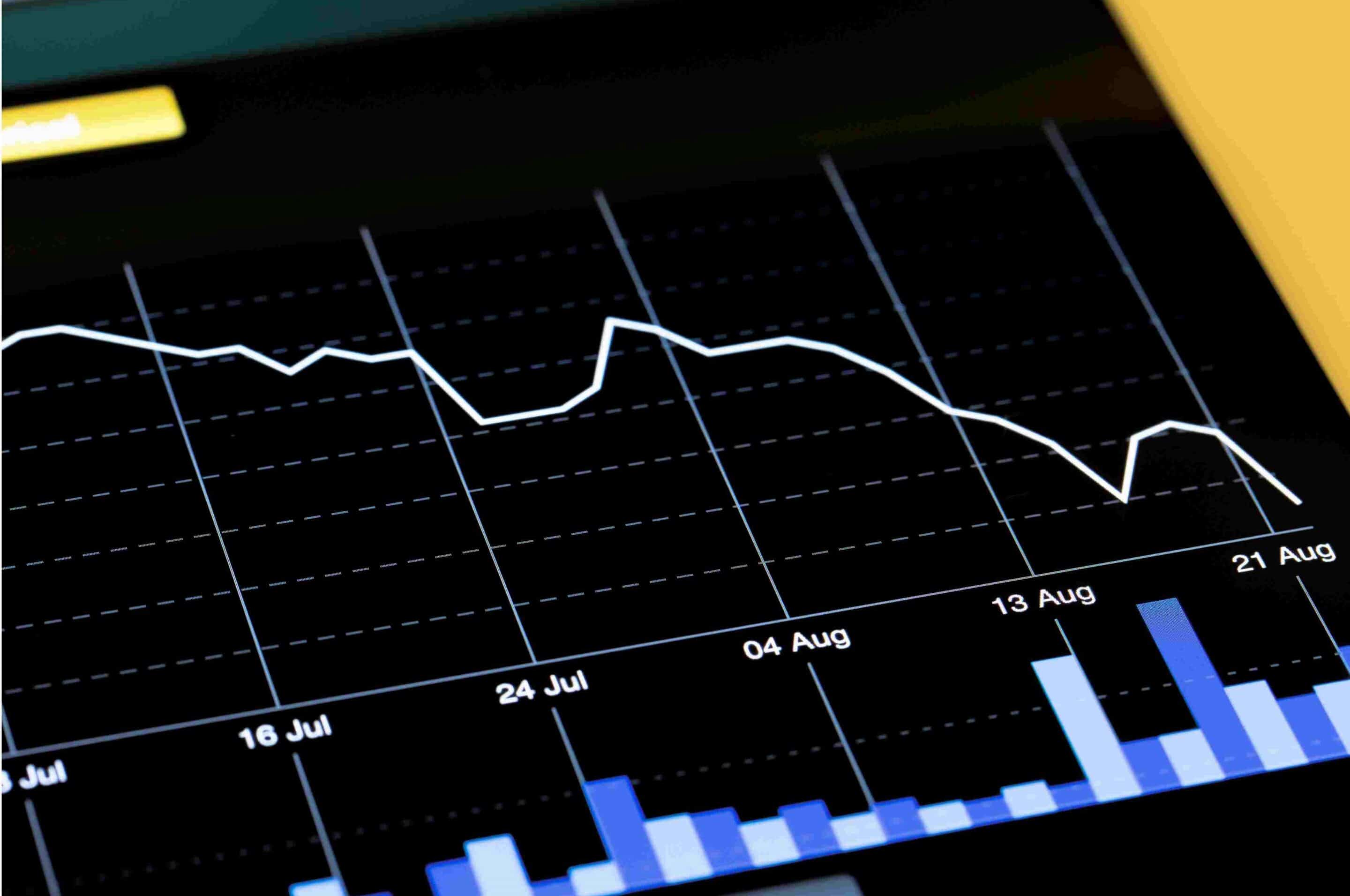 The final indicator of a pump and dump scheme is that there is no real substance to the stock in question. Pump and dump schemes typically only work with penny stocks that are traded over the counter—that is, not on a public exchange like the NYSE or NASDAQ. These stocks do not meet the SEC requirements to be listed, either because they are too volatile or because the company itself cannot or will not comply with the transparency standards set by the SEC. This means that unscrupulous investors can generate a lot of hype about breaking news that is actually no news at all.

If you are not able to conduct research on the actual company behind the stock and satisfactorily cross reference other sources pointing to its exciting development, be very wary. Think about it like this: if there was real worth behind a company, wouldn’t they put effort into marketing their news with a strategic press release or media campaign?

The history of Wall Street is replete with examples of the pump and dump. One example from recent times involved Enron, an energy company in Texas that was labeled one of America’s most innovative companies. Executives at Enron “cooked the books” to make their profits look a lot better than they actually were. At least 29 executives sold off their stock shares while the market prices reflected this supposition of good corporate health. Of course, behind the scenes Enron was really a house of cards about to fall. Some of these executives went to white collar prison once the truth came out and Enron went bankrupt.

Another well-known pump and dump scam occurred during the dot com bubble, when the excitement around Silicon Valley technology was at a high. A 15-year-old boy named Jonathan Lebed used message boards to promote penny stocks he owned. When prices increased, he sold off his shares, leaving other investors with now worthless stocks. Since Jonathan was a minor, he was able to negotiate a deal with the SEC whereby he re-paid a fraction of his profits and promised not to manipulate the markets again.

Day trading can sometimes rope unsuspecting investors into a potential pump and dump scheme. The fraud of this market manipulation is perpetuated by fraudsters who will promote false excitement around a particular investment opportunity, more often than not one that trades in the realm of penny stocks and does not offer readily available transparent information on its true worth and substance. This type of securities fraud is often done with stocks that have a low market cap and are traded over the counter, since stocks in these marketplaces do not meet the SEC requirements for accountability.

Was GameStop a Pump and Dump Scheme?

You might be wondering about the GameStop Short Squeeze. Certainly, investors were promoting a company with little substance (a vendor selling video games in an era when most gaming is done via a cloud platform). But the rowdy and somewhat juvenile crowd on Reddit was actually very transparent about what they were doing. Using the self-described strategy of “apes together strong”, they encouraged everyone to buy shares of GameStop stock to drive up the price and foil the plans of big institutional investors who were short selling shares of the video game retailer in order to capitalize on the downward trend of its price.

With the truth of the matter obscured, a PD scheme (as it’s called in shorthand) begins with unscrupulous stock promoters using venues like Twitter to promote buying the stock, perhaps even reaching out with cold calls and emails. As more and more unsuspecting investors jump on the bandwagon, the price goes up. Then, when the time is right, the scammers jump ship, selling their shares and pocketing a decent profit while leaving innocent investors behind.

As you can see, the world of buying and selling stocks isn’t completely harmless, especially when it comes to securities that are not publicly traded, and even in new spaces, such as a new crypto with an initial coin offering, or even that of an already extant coin.

If you’re looking to avoid traps like these and get solid returns on your money, it’s important to educate yourself about the street smarts about investing. Sign up for a free Infinity Investing Membership so you can learn more about the best practices when it comes to trading and investing, and avoid the financial pitfalls similar to pump and dump schemes.